Just wanted to share the amazingly good (like Ephesians 3:20!) of what’s going on with the film, Deacon Brown’s Daughters, which CaSandra McLaughlin and I wrote and later created a movie around this book. As some of you know, we finished it in the summer of 2018. It was shopped around by an agent for a while. Then we entered the CapCity Black Film Festival this year and won Best Feature film. Hallelujah! That was an amazing moment.

Our friends and family and cast members were too, too excited for us and we’re so thankful to God for the recognition!

And now we’re sharing the news with media to spread awareness about the film and it’s message. Here’s the local Fox4News Interview: https://www.fox4news.com/video/607544 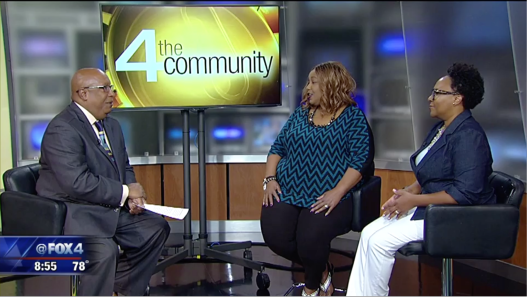 We’ll let you know when it’s available for viewing!!!